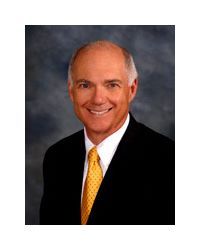 A native of Indianapolis, Chriss family moved to Peoria where he graduated from Peoria High School. He attended Northwestern University in Evanston, Illinois where he majored in electrical engineering. He received his MBA from the University of New Mexico in 1970. After spending several years in commercial banking in both Albuquerque and San Francisco, Chris left banking to pursue a career in real estate and construction. In 1976, he obtained both a real estate brokers license and a contractors license in New Mexico. From 1976 to 1991, he developed and managed many commercial and residential projects in Albuquerque, New Mexico. These projects ranged from large apartment projects to shopping centers and office buildings. All properties held in partnerships created by Chris were managed by his management company, Transwest Management. During this same time period, he, with his wife, Margie, created Inman Homes. Inman Homes became the largest privately held homebuilder in the state of New Mexico. Inman Homes also built and sold homes in both Albuquerque and Phoenix. Chris obtained an Arizona real estate brokers and a contractors license in 1986. In 1991, Chris and his family relocated to Mandeville, Louisiana, a bedroom community north of New Orleans. Shortly after arriving in Mandeville, Chris and his wife Margie purchased the on site sales operation for the community of Beau Chene. That same year, Chris obtained his Louisiana real estate brokers license and contractors license. In 2000, a Coldwell Banker franchise was obtained. Today Coldwell Banker TEC Realtors has six residential offices throughout the New Orleans metro area with over 200 agents and one commercial office in the Central Business District of New Orleans. In 2004, in excess of $300 million of real estate was sold in the New Orleans metro area using a Coldwell Banker TEC Realtors sales associate. In addition to serving as President of Coldwell Banker TEC Realtors, Chris is also President and CEO of The Earnest Corporation, holding company that owns the Beau Chene Country Club. In this latter capacity, he is President of the Beau Chene Homeowners Association as well. Chris is a member of the New Orleans Metropolitan Association of Realtors (NOMAR), the Commercial Investment Division of NOMAR, the St. Tammany Homebuilders Association, the National Golf Course Owners Association, the Club Managers Association, and the St. Tammany West Chamber of Commerce. Chris is a Certified Residential Broker and is a Golf Sales Specialist in the Southwest region for Coldwell Banker Commercial.